Loren: Good for them. Not for me.

RDT: I totally support a fully animated Smurfs movie. I will likely never see it though.

Jen: It would not hurt me to see this with my daughter. I guess that’s a ringing endorsement?

Loren: There’s a true story about something very similar to this that one of the shows I worked on (Evil Genius on History Channel) covered. A group of old men dug a tunnel from their own property into a bank vault and made off with the money. They were stupid enough to then brag about it at their local pub and got caught. This however looks like Last Vegas but slightly better. I think I’m good.

RDT: There’s some kind of click-baity review title there. “Going in Style? More like Gone Without Style!” Ok, that was horrible, but this doesn’t look much better either.

Rick: As many are probably unaware, this is a remake of the 1979 film starring George Burns, Art Carney, and Lee Strasberg. If you have not seen the original, seek it out. It’s a solid heist comedy with more than a few touching moments. I like the cast for the remake, but I’m not sure how much of the warmness of the original will carry over. I may not give it a shot in theaters, but I’m curious enough to seek it out eventually to see how it compares to the original.

The Case for Christ

Loren: Hahahahaha, is it bad that I’m rooting for him to prove his theories?

Rick: I will not watch this movie, but I would read an in-depth article about this story.

Jen: I like the idea of a journalistic, scientific investigation or Christ, but I feel like I know the ending here and it’s not my bag.

Loren: *Reads what RDT wrote* Yeah that sums it up. *Reads what Rick wrote, gets 4 words in starts laughing that the guy’s name is Nacho Vigalondo and thinks he may have been one of those terrible racist caricature wrestlers from the late 80s*

RDT: Looks a little like a funny 5-minute short, not necessarily an apparently near 2-hour movie. Reviews are decent though, and I do like the cast. I dunno? Maybe in the theaters. If not, definitely streaming.

Rick: Writer/director Nacho Vigalondo made a bit of a splash with his 2007 film Timecrimes which, if you haven’t seen it, I implore you to do so. It’s fantastic. Since then he’s been making smaller, but no less impactful films/shorts. He has good instincts, and I’m excited to see what he can do with a bigger budget and A-list talent.

Jen: I am very curious about this one. I feel like there’s more to it than what we’re seeing in the trailer, which is always a good thing, and I want to see what else is going on.

Loren: Swing is one of my favorite styles of dance to watch. This looks like a lot of fun and will get placed toward the top of the totally real and not in my head Doc Doc™.

RDT: No offense to anyone into swing dancing, but I could not have less of an interest in it, or this. Just not for me.

Rick: I’m forever impressed by dancers of any stripe. When this pops up on streaming I’ll give it a watch.

Jen: This looks upbeat and interesting, but I don’t really need the history of the dance, just give me the dancing itself, thanks.

Loren: Oh, so that’s where they met. This looks cute if not the traileriest trailer that ever trailered.

RDT: Looks a little clichéd, sure. But sometimes I kinda like clichéd. 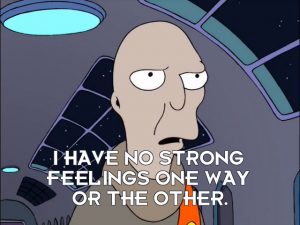 Jen: This sure looks like a movie. Not bad, just a movie.

Loren: This looks interesting and intense. But as per most of these foreign films, I know myself and I probably won’t be seeing it.

Rick: I’ve heard nothing but praise for writer/director Cristian Mungiu’s films, but I’ve been slow to watch them. I kind of want to spend the rest of my afternoon taking them in.

Jen: This really piqued my interest. I may need to seek this one out.

Loren: This wouldn’t normally be something I’m into but that looked pretty great. If it stays on my radar I’ll stream it down the road.

RDT: That’s a hell of a trailer. Count me in.

Rick: I want to see this, but I feel like I need to watch it after Christopher Nolan’s Dunkirk hits theaters in July. I know. It’s weird. It’s a historical event from decades ago. Books and the internets are filled with details about that particular battle, but I know so little about it that I want to go into Dunkirk fresh. So that means putting off seeing what looks like a fun and unique look at cinema’s role in WWII propaganda for a little while.

Jen: This looks great. I’d love to do a double feature of this with Five Came Back.

Loren: I had to watch the other two trailers to get an idea of what the hell was actually happening here. It looks like a great homage to 80s horror but might be a little too graphic and Cronenberg-y for me.

RDT: Nope. Couldn’t make it past 15 seconds of that trailer. No thank you. 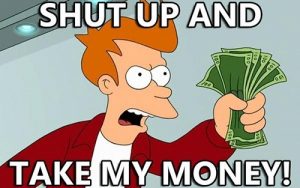 Jen: Insert cut and paste of what RDT said here.

Loren: That’s an interesting take on the whole body switching trope and it looks beautifully animated. I might check this out at some point.

Rick: I’m going to make a small recommendation: watch the trailer without sound. The overly-peppy Japanese pop song that plays throughout ruins it. The subject matter will resonate more in silence (with subtitles). I mean, it looks a little on the sappy side, but it’s beautifully animated. I’ll keep it on my radar.

Jen: I’ve never been into Japanese animation, but I like the story here and this might be the movie that breaks me into it.

SHOT! The Psycho-Spiritual Mantra of Rock

Loren: I mean, there’s no denying Mick Rock’s talent, but this movie seems really far up its own ass for my personal taste.

RDT: I’m not really (at all) up on photographers or rock & roll. I’m sure it will interest some. But I’m gonna take a hard pass on this one.

Rick: Wasn’t there already a doc like this in the last six months? Am I mis-remembering? *utilizes internets* Yeah. There was one about Bob Gruen, another in what looks like a long line of famous rock n’ roll photographers. The dramatic recreations seem like they’re a bit much. I think I’d rather buy this guy’s book (I mean, he’s got to have one, right?) and enjoy the photos.

Jen: Loren hit the nail on the head. I appreciate this guy’s talent, but his pretension drips right off the screen. There are enough rock docs in the world that I could find one that resonates more with me.

Loren: Well that looks horrifically depressing. Good for Arnold to not be in a traditional shoot ‘em up but I think I’ll pass on the family killed in a plane crash movie.

RDT: I don’t know how to feel after watching that trailer. I want to support Arnie doing stuff outside his box, but….it just doesn’t look all that great….I’m sure I’ll see it eventually. Or mean to watch it, but always forget about it, like I keep doing with Maggie.

Rick: (RDT: You should watch Maggie. It’s not perfect, but it’s by far the smartest zombie movie from the last several years.) I like that Arnold is trying to do more dramatic work, and Scoot McNairy is always fantastic, but I feel like the trailer is basically giving the whole movie away.

Jen: Yeah, I have no need to watch a “my family died in a plane crash” movie. I like that it could easily be a revenge movie and didn’t go that way, but I’m going to be skipping this one.

Loren: Ok. A couple things to unpack here. One: That seems like actually an interesting concept for a movie if this was made in the 90s. Two: It seems really offensive to the Trans community. Three: That looks fucking terrible. Like the action looks awful. Hardest of passes.

Rick: I’ve seen this movie. Listen, I love me some Walter Hill, but this flick is borderline unwatchable. The most interesting character in the movie (played by Tony Shalhoub) is entirely unnecessary to the plot. You could drop every single one of his scenes (and most of Sigourney Weaver’s) and not miss anything. I could go on at length about its other numerous failings, but let’s just say the paltry price of $5.99 I paid to watch it from my couch was too much. Unless you’re three beers in and looking for something to mock, save your money and get your Walter Hill fix from 48 Hours, The Driver, or, if you can find it, the theatrical cut of The Warriors instead. It’ll be time better spent.

Jen: Wow. That made my stomach churn. No thanks.

Loren: All I kept thinking was, “Is that Legion?”.

RDT: I’m intrigued. Probably not in theaters, but I’ll give it a shot streaming (like cheap streaming, none of this $6-$7 rental streaming bullshit).

Jen: Interesting – there’s a lot of drama in that story and I think I’d give it a shot. Also, yes, that is Legion.

Loren: I’ve been kinda put off by Louis ever since the flashing allegations came out. I don’t know that I’ll be seeing this.

RDT: I used to LOVE Louis. Then I heard about the allegations, which more than a few people attributed to him. Now, I dunno. I’ll probably give it a watch and see how I feel.

Rick: One question: is he still flashing his wang to unsuspecting female comedians? Was that just a rumor? If it’s not, then I’m all set with this guy.

Jen: I had not heard the flashing allegations – that does color my feelings about him. However, before that, I started watching this last night. There were a few laughs but I fell asleep about 20 minutes in, so… there you go.

Loren: I did not watch season 1 (in fact didn’t even know it existed). I like British comedy but this doesn’t look like it’s for me.

RDT: What Rick and Loren said.

Loren: I did know there was a first one of these and meant to watch it. Then I didn’t. Good to know I’ll have a Part 2 to jump into after I finish Part 1.

Rick: I’ve yet to watch Part 1, but don’t count that as lack of interest. I’m still game to give this series a go.

Jen: Wow I’m glad I’m not the only one who flaked on watching season, excuse me, Part 1. Putting both in the queue now.