Jen: So this movie has been on the shelf for years and there’s a review embargo till after it’s released? That does not sound promising. This is an excellent cast, and I have the feeling if it were as great as they hoped it would be it would be coming out in December and not now. Someone let me know if I’m wrong about this because I’m not going to see this to find out..

Jen: Is that Ramsay Bolton? I don’t think I understand this. It’s a TV show that will be shown in IMAX because… $$$? This doesn’t look like Marvel to me. My brain won’t accept that this is the same universe that the Avengers live in. Is it? I’ve never seen Agents of SHIELD so I’m really operating from a place of ignorance. I don’t think I’m rushing to pay $20 to see something that will air on my TV. Especially without a superstar Chris to look at.

I Do…Until I Don’t

Loren: Hey, good for Paul Reiser. You know, he has my favorite line in Beverly Hills Cop. True story. This one here though certainly looks like a movie.

RDT: I enjoyed Lake Bell’s directorial debut, In A World, a lot more than I thought I would. So, I’ll give this a shot (despite the less-than-stellar trailer).

Rick: Why is it that nearly every recent comedy is littered with actors I like, but I walk away from those films’ trailers completely put off by what I see?

Jen: I really liked In A World, and this cast looks great, but I just… meh? I read an interview with Lake Bell recently.  She started making this movie as a cynic about marriage, but actually met and married her husband while working on it and shifted to a much more optimistic and kind view. That sounds like something I’m into but does not come across in this trailer.

Loren: This totally looks like something we’ve already seen but I have a sneaking suspicion that there’s a twist coming. I have to be in the right mood for this kind of horror, but at least it looks like maybe the torture porn-iness has been removed in favor of something else.

Rick: Director Kevin Greutert helmed one of the smarter Saw sequels (Part 4, for those keeping track), and is also an accomplished editor. This is a close cousin to The Strangers (2008), which Greutert edited, though it looks to have a larger purpose plot-wise than just tormenting the hell out of its stars. Since it’s hitting on-demand as well as theaters, I’ll likely give this a watch from my couch.

Loren: I don’t think this movie is for me, but I bet The Lady™ would dig it.

RDT: In our email chain re: this week’s Weekend Watch doc, Rick gave us a heads up about the number of foreign films on the list. If you’re a regular reader, you know my response to foreign films is usually either “I don’t read movies” or “I’ll wait for the mediocre US remake starring…” and then I pick who I think would be cast. So, Jen’s reply to the chain was that she looked forward to my US reimaginings, and I gladly accepted the challenge. Really, how hard could it be? I think I have a decent knack for these things, casting and actors and whatnot. As such, I actually watched the whole trailer. (Yes, I admit, sometimes I don’t watch the whole trailer…even of some of the ones in English! Awful, I know. But, in my defense, I’m very lazy.) Anyway, I watched (almost) the whole thing and…

Yeah, I got nothin’.

Have a nice weekend! (Shit, there are more movies below, aren’t there?)

Jen: When I was a kid I wanted to be a ballet dancer. Many things, not least my love of a good pasta, kept me from that. If the movies I’ve seen have taught me anything it’s that my zeal for ziti may have saved me from an overbearing mother, horrific injury, loneliness, depression, and attempted suicide. So, thanks to Prince for making Wednesday spaghetti night.

Loren: Neat! On The Doc Doc™ it goes.

RDT: Gravitas Ventures is becoming the A24 of documentaries for me. I don’t always want to see the movie, but I give them credit for trying something different. That being said, this looks delightful and I think I’ll give it a watch.

Rick: I’m going to show my age here, but my mother made me take a typing class in junior high. There were no computers. I learned how to type on an old IBM Selectric over the course of a few weeks (during the summer, no less). While, like most things I did in my youth, it felt super nerdy, it was incredibly helpful and likely led to my preference for mechanical keyboards when I work on a desktop. Hell, I still own an old Olympia typewriter that got its share of use before I gave up writing for leisure. Having said all that, this doc feels a little self-important, but I’m still curious.

Jen: Interesting, I remember using my mom’s typewriter as a kid and thinking it was clunky and difficult and I much preferred using my dad’s new computer for writing, so I can’t relate to the sentiments in this at all, but maybe watching this will turn me around on all things analog. Maybe.

Loren: I appreciate the sentiment of trying to fix things instead of throwing them out. It’s a good lesson we all should try and relearn. That last line is a bit creepy, but they’re French. It’s different over there.

RDT: OK, I’ll take a crack at it. Mediocre US remake starring…Jon Hamm and…Gal Gadot…Let’s make it a Keeping Up With the Joneses reunion. Sure, why not?

Rick: Well, if nothing else, this trailer made me feel okay about still being single.

Jen: Hey, just a fun popcorn flick from Europe. Can’t wait to check out and just enjoy this escapism.

England is Mine (Limited)

Loren: I like The Smiths well enough but I’m not the biggest fan of the man himself. They captured that modern way we look at the 70s pretty well so at least there’s that. This is another one I can see The Lady™ being more into than me. I think I’m good.

Rick: I’ve never been a Morrissey fan (or a Smiths fan, for that matter), so I’m out based on subject matter alone. Also, Mike Nelson’s impression of Morrissey on MST3K pretty much sums up my feelings on his music:

Jen: The fact that Mr. “I cried last night, I wrote a song about it” Morrissey was a depressed and aimless teenager is not shocking. The shaggy hair was a surprise, but I don’t care enough about The Smiths for the meeting with Johnny Marr at the end to mean anything – I think that’s supposed to be a big moment for the audience and I could not have cared less. I’m out.

Loren: What is this? The DaVinci Fellas?

Rick: Sorry. I missed most of that trailer because I couldn’t stop laughing at that one guy’s comically large eyepatch.

Loren:  So like, Really Bad Teacher. I’m surprised this is based on a true story. I shouldn’t be, but I am.

RDT: I’ll give this one a shot, too. Elizabeth Banks as the teacher, sure, and a bunch of kids as the bunch of kids.

Rick: At the start I was expecting this to be a lighthearted comedy where the wacky new teacher uses her student’s parents to make her life easier. Suddenly: Communism. I have a feeling watching this will make me angry, but maybe the teacher’s comeuppance will be worth a watch.

Jen: Secret PTA meeting in the middle of the night to overthrow a teacher? I sort of love that. And based on a true story? Color me curious. 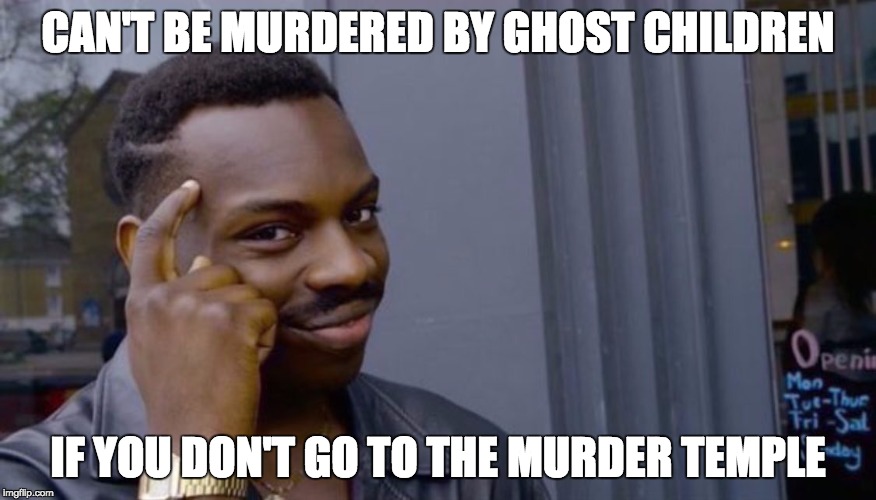 Rick: *sigh* I really enjoyed You’re Next and parts of the latest Blair Witch, but FFS can we get a horror movie without stupid protagonists?! I don’t care if this winds up having good scares. The main characters are idiots and they deserve to be menaced unrelentingly by those malevolent spirit children.

Loren: This is what it would look like if you only told people about Christopher Guest movies and then asked them to make one about a southern gay wedding.

Rick: I got less than a minute into that trailer and had to stop watching. It’s just wall to wall southern accents interacting in a bunch of disconnected scenes. Pass.

Jen: I’m good, thank you. I can agree with the message of this movie without seeing it, right?

Loren: I know that this is about the end of British rule in India, but it sort of feels like it was glorifying the British in this movie. I don’t think I’ll bother with this.

RDT: I have no feelings one way or the other on this trailer.

Jen: I sort of want to watch a documentary on this subject but to still have Gillian Anderson involved. Maybe she could narrate it? Yeah, I’ll take that, please.

Loren: I was the worst film student. I’ve never seen this movie. I don’t know that I’ll rush out to the theater to see it now, but I do want to check it out at some point.

RDT: This is one of my favorite Spielberg movies, but I don’t think I’ve ever seen it in the theater. So, maybe…

Rick: I may venture out for this, but my biggest hope that Sony manages to release this new transfer to disc without the horrible audio glitches that plagued the last HD release. It’s 2017, guys. I hope you all have figured out seamless branching by now. /rant

Jen: A few years back they showed this at Devil’s Tower and I still think that’s the coolest thing, almost as cool as watching Jaws while floating in a raft. I guess Spielberg movies lend themselves to that. Anyhoo…while I do love this movie, and the rest of this week looks…unspectacular, barring that kind of cool experience I’m OK with the DVD at my house.

Loren: This does not look good. Too bad.

Rick: Japan, I love you, but what the hell, man?

Loren: I know this show is good, but I have never wanted to sit down for it. This has not changed.

Rick: This show has been well-regarded since the beginning, but I’m never going to get around to it. I just don’t care enough about the story to invest the time.

Jen: Rick summed up just about everything I feel about this show.

RDT: Adam Scott alone will get me to see this, despite the fairly terrible trailer.

Rick: Lots of low-hanging fruit here. Not even trying to be so much as a step above a Scary Movie entry. I mean, inside thirty seconds they hit The Omen, Poltergeist, and The Shining. Hard pass.

Jen: Adam Scott you are better than this.