Loren: Though it’s got a great cast, this looks like half a standard war movie and half a Call of Duty game (put a horse in it). Maybe someday but not in the theaters.

RDT: What Rick said, except for the “wanting to see it” part.

Rick: I can’t imagine that this isn’t going to be full of clichés and a wickedly stretched version of the truth, but this cast is excellent. I want to see it just for this ensemble. I doubt I’ll trek to theaters for it, though.

Jen: I have a lot of mixed feelings on this one. The trailer managed to hit me in the feels for the first few seconds but then sort of turned a bit to jingoistic about the war on terror in a way that turned me off. I have nothing but admiration and respect for these men and what they did, and this does look like an amazing cast (Michael Shannon seems to elevate anything he’s in), but I can’t see spending my precious movie-going resources on this.

Loren: I love a good heist movie. Sadly, this doesn’t look like one. I’ll wait on it.

RDT: I’ll give it a shot streaming.

Rick: I mean, this isn’t a terrible concept, but there’s no way that the movie lives up to its setup. I guarantee I’ve sat through a lot worse, though. Call it a rental.

Jen: Where Michael Shannon elevates everything, Gerard Butler tends to do the opposite. This is a meh for me.

Loren: Oof. Not much in that trailer made me want to see this movie. And then to top it all off, that little girl is TOO precocious. Pass.

RDT: Jen’s gif is better than anything I could come up with.

Rick: Wait… *looks it up* This isn’t a Nicholas Sparks joint? Huh. I mean, his involvement wouldn’t have gotten me to watch it. I’m just surprised, is all.

Loren: It’s definitely an interesting story, I just don’t think it’s one I need a full feature about. Maybe on the right day, but I don’t think that day is today.

Rick: I feel like I’d rather watch a documentary about this, or maybe just listen to his music.

Jen: Django’s music is a favorite in my house. I was hoping this would be a doc rather than a biopic, but if it boosts the popularity of his music I’m OK with it. 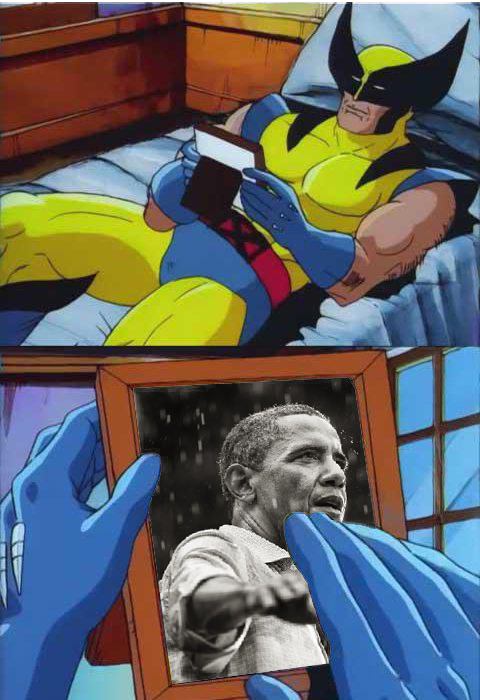 Rick: I think watching this is just going to make me even sadder about the current state of our government.

Jen: I could barely get through this trailer for the heartbreak. I want to watch it but it’s going to be tough.

Loren: While I stand by the message, I’m not too sure about the execution. If it gets good reviews maybe I’ll search it out.

RDT: My cohorts said it better than I ever could.

Rick: It’s difficult not to see what all the beats are, but it’s hard to see Bette Midler show up in a movie and not want to see it.

Jen: Come for Bette Midler, stay for a touching coming of age story about being true to yourself.

Loren: I like both Jemaine Clement and Elliot Gould but this looks pretty standard. Good reviews would get me to see this.

RDT: I’ll give it a shot streaming. I like those dudes well enough. Jemaine’s accent is funny!

Jen: This got a chuckle out of me, but not quite a laugh. This feels… fine? Sure, fine.

Loren: This didn’t grab me like I thought it would. I think it’s the bit at the end that shows that the parents are cognizant of what they’re doing. If it were more like Cooties where they were sort of zombie-ish, then maybe I’d be more apt to watch this.

Rick: At first blush I thought this was an adaptation of Simon Clark’s novel, Blood Crazy. It has an eerily similar setup, but is most definitely not a comedy. Slight disappointment aside, I’m totally down for this. It looks wonderfully unhinged.

Jen: I appreciate that they just let Nick Cage be Nick Cage.

Loren: *Reads Rick’s below* Jeez, if Rick isn’t going to make time for this, what on earth makes you think I will. Pass.

Loren: This is the only ‘The Revival’ I need:

Rick: Shocking twist, ehh, pull quote? We’ll see about that when I read the wiki.

Jen: Hmmm, OK I’ll take a stab, the drifter turns out to be Jesus in disguise? Rick, let me know what the wiki says.

RDT: I look forward to watching this from that one chair in Rick’s living room.

Rick: This might be the best action movie that should have been released in 1996, and goddamnit I can’t wait to watch it.

Jen: This is the Casper Van Dien-Tia Carrera vehicle I’ve been waiting for!

Loren: The New Zealand-ness of this alone makes it pretty adorable looking. Hopefully this stays on my radar it looks delightful.

Rick: The goofy, sci-fi B-movie version of Last Action Hero? I’m in, but I wish it had a less cumbersome title.

Jen: I’m a sucker for a kiwi accent.

RDT: What they all said.

Rick: There was a season 1? Huh. Wonders never cease.

Jen: Ohhhhh, THAT show. OK. No thank you.

Loren: Bill Maher has never really done anything for me. I’m good.

RDT: Again, they said it.

Loren: I know The Lady™ is excited for this, but I don’t really care.

RDT: I keep meaning to start on this and keep forgetting. This likely won’t serve as a reminder.

Rick: My ‘meh’ opinion of this show hasn’t changed since the first season.

Jen: I pass a billboard for this on my way into work everyday and I think, oh when is that show going to start? The answer is 2016.

Loren: Isn’t there an entire series about this on USA? I don’t think I need more in my life.

Jen: I was hoping that would be a lot trashier than it is. I’m disappointed in you, Lifetime.

Jen: Dear Dad, check it out. Tell me how it is. Love, Jen

Loren: I hear it’s good. I haven’t watched it.

RDT: Go read what I wrote about The Path.

Rick: Season 4?! Already? Can you tell this show hasn’t stayed on my radar?

Loren: That actually looks pretty good for a Netflix horror movie. If I get through all the other stuff I have to watch, maybe I’ll give it a shot.

Rick: Look sufficiently creepy. I’ll put it in the queue.

Jen: Well Seventeen Magazine loves it, so, why not?

Loren: White girl Stomp The Yard? Who is this movie for?

Rick: So it’s Bring It On/Pitch Perfect with a dance team? Maybe not for me, but there’s definitely an audience for it.

Jen: So the wise black woman saves a bunch of troubled white women while teaching them a tiny bit about their privilege? I think there’s a trope in there somewhere.

Loren: If I still had Starz I might check this out. But again, I just have so much stuff to watch so I’m not going to go out of my way.

RDT: Love me some alternate reality, but not quite enough to pay for Starz (unless it turns out to be really good).

Rick: What’s better than one J.K. Simmons? Two J.K. Simmons. I might actually subscribe to Starz for this.

Jen: Damn that looks good. I’m going to have to add this to the list of shows I’m not watching but should be. No, wait, that’s RDT’s list. OK I guess I’ll have to actually start watching it then.