The Spy Who Dumped Me

Loren: Look I love Kate McKinnon and less than indifferent to Mila Kunis but this looks pretty mediocre at best. I guess we’ve finally gotten to the doldrums of summer. It was fun while it lasted.

RDT: I love Mila and enjoy Kate, but if I’m going to the movies this weekend, it’ll be to catch up on something I’ve missed (likely Incredibles 2 or Three Identical Strangers).

Rick: I laughed far more than I thought I would during that trailer. Also, like Jen says below, Gillian Anderson.

Jen: Droughtlander (the lack of new Outlander episodes on television) will get me to the theater to see Sam Heughan in all his glory. I imagine I will drink before watching. Also, Gillian Anderson.

Loren: First and foremost the 100 Acre Wood group are terrifying in live action. That being said this looks so saccharine you’d have to be a monster not to feel something about it. I do have a feeling that’s all by design though so it makes me have confused feels. I don’t think I like that.

RDT: I feel like I’ve seen this movie a million times before. But I kinda still wanna see it. Eventually.

Rick: I have no doubt this is heartwarming, but I’m a little weirded out by how the characters look in “reality”. I’m most disturbed by Tigger. Why does he look like a child’s toy that was left out in the sun for about a decade? Shouldn’t he be as colorful as the rest of them?

Jen: This could be a lot of fun with my daughter who loves some Winnie the Pooh. Side note she used to call him “Poo-a the bear” and I kinda miss that.

Loren: I can hear the pitch meeting now. “It’s X-Men meets The Maze Runner meets…” “You can stop right there, this is perfect, we own those franchises so no one will sue us.” (Reads RDT’s entry, reads Rick’s, Hey I liked Push too! Are we the only 3 that saw it?)

RDT: (go read Rick’s) I remember Push! That movie was fun! This? Not so much (I’m assuming).

Rick: Isn’t this just a more emo version of Push (2009)? I am the only one who remembers that movie?

Jen: So this is not an X-Men light teen drama on Freeform? Hmmm.

RDT: (go read Rick’s again) That beard IS epic! But still not epic enough to get me to see this movie that looks like 8 different movies in one.

Rick: The only thing this movie has going for it is C. Thomas Howell’s epic beard. Otherwise, *fart noise*.

Loren: This looks like a fine take on the coming of age story. Plus anything that shames those brainwashing camps is good in my book.

RDT: Yeah, fuck these people. I may not see this in the theaters (see my Spy Who Dumped Me response), but I’ll keep it on the radar.

Rick: F those ‘pray the gay away’ people. Goddamn nutjobs. Count me in for this.

Jen: This looks great, even if it’s a depressing reminder that in the 25 years since this movie is set a lot of people have yet to see how ridiculous and cruel this “rehabilitation” is.

Loren: I don’t know, that looks kinda fun. I’m still a bit of a sucker for the 80’s period piece and at least this has the addition of the serial killer element. Sure why not.

Rick: I’ve been curious about this since it debuted at Sundance. Though, given that this is The ‘Burbs with a heaping dash of Stranger Things, I don’t know how much new ground it’s going to really break. Early reviews call it good, but not stellar. I’ll give it a go eventually.

Jen: What Rick said, this does feel like a lot of other things we’ve seen mixed together but that doesn’t mean it wouldn’t be a fun summer flick. I’ll give it a shot.

RDT: I’m somewhat intrigued, I suppose, but likely not enough to keep it on my radar.

Rick: If there’s such a thing as an artful revenge picture, this looks to be it. The only other movie I think even fits that description is Blue Ruin, or maybe In the Fade, but I doubt there’s much stylistic overlap in either case. Regardless, I’ll keep this on my radar.

Jen: This looks good, well crafted characters. I’ll keep an eye out when it streams.

Loren: It’s A24 so I’m hopeful, but I hope there’s a little more to it than what I just watched. Cute girls can get you pretty far, but there needs to be something else there to keep you invested. Crazy I know.

RDT: I’m always willing to give A24 a shot, even when I’m not super impressed with the trailer….

Rick: If I need a little comedy and this shows up on-demand I’ll probably give it a go. It definitely feels smarter than most teen comedy these days.

Jen: This feels a little Spring Breakers to me. Without the Franco. So at least one step up.

Loren: Religious freedom vs. being judged as a terrorist is about as hot button an issue as you can get. I just don’t think I need to see a foreign language film about it. Also, I’m sure it’s lost in the translation but ‘Mulk’ is a terrible title. 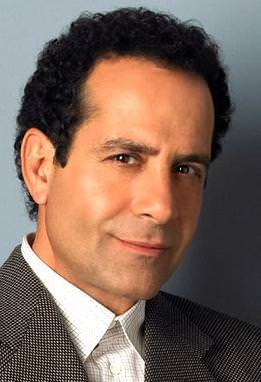 Rick: All I could think about after I read the title:

Loren: I guess comedy is just different in the Philippines.

Rick: Whew. I feel like you can go ahead and skip this one. If you need a cooking-based comedy, track down Stephen Chow’s The God of Cookery instead.

Loren: Well that’s certainly different from the other movie from this part of the world this week. And what happened in that kidnapping subplot? Those two should be in jail right?

Death of a Nation

RDT: Couldn’t say it any better than Loren.

RDT: Looks fairly standard, but I’ll give it a shot based on the above average cast.

Jen: I love Kristen Bell. If it were anyone else in this you’d be getting a shrug emoji.

Loren: This is that same company that made the Anime from a few years ago that is basically just a regular movie but animated. It’s interesting but not enough for me to take the time.

Rick: I have a backlog of anime features I’ve been meaning to watch. Time to put another one in the queue.

Loren: I’m not watching this so jumping in at the 4th and final season seems like a bad call.

RDT: Already started watching. There’s a weird time jump, but otherwise, if you liked seasons 1-3, you’ll probably like season 4 (I do so far).