Loren: I should probably watch some Rocky movies before this. (I know, I know).

RDT: This is the sequel I’ll be seeing this weekend.

Rick: I’m a little skeptical, honestly. This has the potential to wind up like the lesser Rocky sequels. I’m hoping it maintains the tone set by the first movie. *fingers crossed*

Jen: It’s going to be a strong slate of movies this Thanksgiving, isn’t it? I’m so curious how they handle the Drago return, I can’t wait to see this film.

Loren: The first was cute enough but I’m not sure I need to rush out to the theater for this sequel.

RDT: The gamer in me wishes they went to consoles before diving into the internet. But still, I enjoyed the first one, a lot. So, I’ll keep this on the radar.

Rick: I enjoyed the first one and this one looks just as fun. I rarely see animated movies in the theater anymore, though. This’ll be a Saturday afternoon on the couch experience.

Jen: Another great looking sequel. In! What is happening this week?

Loren: I’m kinda into this for some reason. Like, I know it won’t be good but maybe it will be. It won’t. But maybe…

RDT: Everything I do, I do it for you…. except probably seeing this movie.

Rick: I feel like this is going to be at the quality level of the recent King Arthur movie no one was asking for. Props to Taron Egerton for actually learning archery for the role, though.

Jen: Ah, well, can’t win ‘em all. Although, even this re-tread of a re-tread doesn’t look terrible. But sorry Jamie Foxx, you’ll have to hold off on that boat.

Loren: There’s a lot more to her life than I ever knew. I guess that could be said about most people really. This looks fine enough from the Biopic standpoint but I don’t know that I need to see it.

RDT: I think this looks delightful, even if it is in another language. I think I might actually see it at some point down the road eventually.

Rick: I mean, it looks beautiful, but the trailer gives away every dramatic beat in the movie. Why do I need to see this?

Jen: This looks fine, like one of those European period-piece dramas about someone overcoming something. Look, there’s a lot of good stuff this week, you’re going by the wayside Astrid.

Loren: I guess bitches have always been crazy! Am I right FELLAS!!!…. Fellas?

RDT: I hated HATED The Lobster and had no desire to see the Deer movie. This seems to take a tonal shift towards the end of the trailer that worries me. But, nonetheless, I am intrigued.

Rick: Considering this is directed by the man who made The Killing of a Sacred Deer and The Lobster, I’m anticipating this to be a truly f-ed up experience. Gimmie.

Jen: Yes, yes, yes – one yes for each of the amazing women in this film.

Loren: Sure, why not. Jackman is really going for that Oscar.

RDT: Yeah, I’m in for this, at least via screener or screening.

Rick: I’m not usually a mark for political dramas, but I’m totally in for this.

Jen: You can’t keep me away from a political docu-drama.

Loren: Beautiful? Yes. Something I’ll end up seeing? I doubt it.

RDT: Sure, it looks good, but so does fondant. And fondant is disgusting. Will this movie be the equivalent of fondant? I dunno. *** shrugs***

Rick: Contrary to some articles this wasn’t shot on 65mm film stock, but with the Alexa 65, which is Arriflex’s digital equivalent. There are rumors that Netflix is going to do a film-out and make a few 70mm screening prints, but that’s unconfirmed. Seeing this in the theater on the highest quality projection system will do wonders for the viewing experience. Watching at home won’t compromise the content, but it will definitely lessen the impact.

Jen: I am so curious about this. It looks amazing, literally LOOKS amazing, shot in 65mm – I’m sure Rick will have lots to add, but I feel like I’d be doing myself a disservice not to see this on the big screen if there’s a chance to.

Loren: This feels so different than what we normally get out of Japan. Like an american indie but at the same time so very Japanese. I’m intrigued for sure.

RDT: Shit. Another “reading” movie that looks good. Damn it.

Rick: I should be seeing more movies like this in the theater. I miss doing that.

Jen: Where are the crappy filler movies this week? Even the foreign entries are intriguing and heartfelt. I’ll look for this come streaming-time.

The World Before Your Feet

Loren: A friend of mine did something similar to this, where he was effectively homeless and lived couch to couch cat sitting. He wrote a book about it 50 Couches in 50 Nights. What does that have to do with walking around NY? Nothing, I’m glad you asked.

Rick: I enjoy walking in a city. I prefer it to most public transport. I’d rather take a walk than watch a movie where someone wanders around for two hours.

Jen: Meh. I do love a doc and there’s probably some great stuff in here, but this will have to wait for a streaming service for me to care enough to check it out. Maybe it’s because I’m an Angeleno and while I have nothing against NY, I’ve never had the reverence for it that others do. I’ll brace for the insults from NYers.

RDT: I love me a good Christmas movie. And this looks like a lot of fun! In!

Rick: I love me some Kurt Russell, but there are a lot of other holiday movies I’d rather watch before this. I mean, I should probably see Elf at some point. Mostly so people will stop yelling at me whenever I mention I haven’t seen it.

Jen: Add two scoops of Home Alone, a dash of The Santa Clause, and the third act of Elf. Shake. Serve on Netflix over Thanksgiving weekend.

Loren: There are two things that seem to struggle on Netflix. Weekly news/interview shows and competition reality shows. Netflix is so known for binging things that it’s hard to shake that and with something like a competition show it’s usually much more advantageous to spread out the episodes. That said I think the concept is really cool and might give this a watch when I need something in it’s vein.

RDT: I like the idea of it. But it just looks so stressful! Why can’t more cooking competition shows be nice, like The Great British Baking Show.

Rick: So many cooking shows…can’t begin to care…

Jen: Another cooking show? I love cooking shows and even I’m getting sick of them. I do like the gimmick of doing different world cuisines each week and being rated by judges who specialize in those cuisines. Also, rotating judges is cool too – you can’t rest on your good weeks and you’re forced to be judged solely on your cuisine. I’m talking myself into this, I think.

Jen: Generic comment about this being a show with two seasons I’ve never seen.

RDT: I’m sorry. I know it seems like I’d be way into MST3K. But it just never clicked with me. Love the people working on it though. And I’m happy it’s successful. **shrugs** 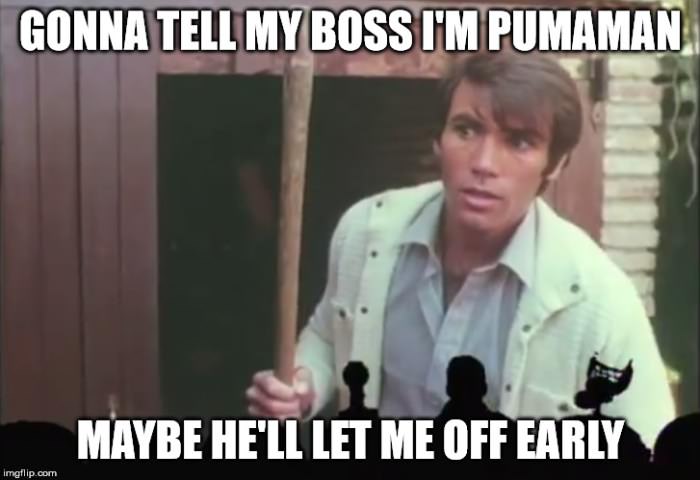 Loren: I like Trevor Noah’s stand ups. They are always kind of informative. I’ll give this a go.