It looks like the “Famous Character vs. Other Famous Character” trend has made its way to Japan.  Although, to be fair, if you put the Godzilla franchise in the mix the Japanese have been doing it longer than anyone. Regardless, we now have another franchise mashup: The Ring vs. The Grudge (Sadako vs. Kayako).

Tallying it up, this marks the twelfth entry in both series. Considering those numbers, Sadako vs. Kayako is basically the Japanese equivalent of Freddy vs. Jason. Not sure that there was as great a demand for this pairing as the former, but just based on the sheer amount of films in each series this seems to be the next logical step. At least they haven’t set them in space. Yet…

Ringu (and its US remake) kicked off the J-Horror boom of the late 1990s/early 2000s. Of its many imitators, the original Ju-On (The Grudge) was one of the best. Do their antagonists really need to meet and throw down? I’m not sure, but it’s happening. Frankly, based on this trailer, it looks like the filmmakers didn’t skimp on what made those originals so unsettling to begin with. Give it a watch and leave your thoughts in the comments below!

*Side note – I totally want the Kitan Club edge-of-cup figures advertised at the end of the trailer. 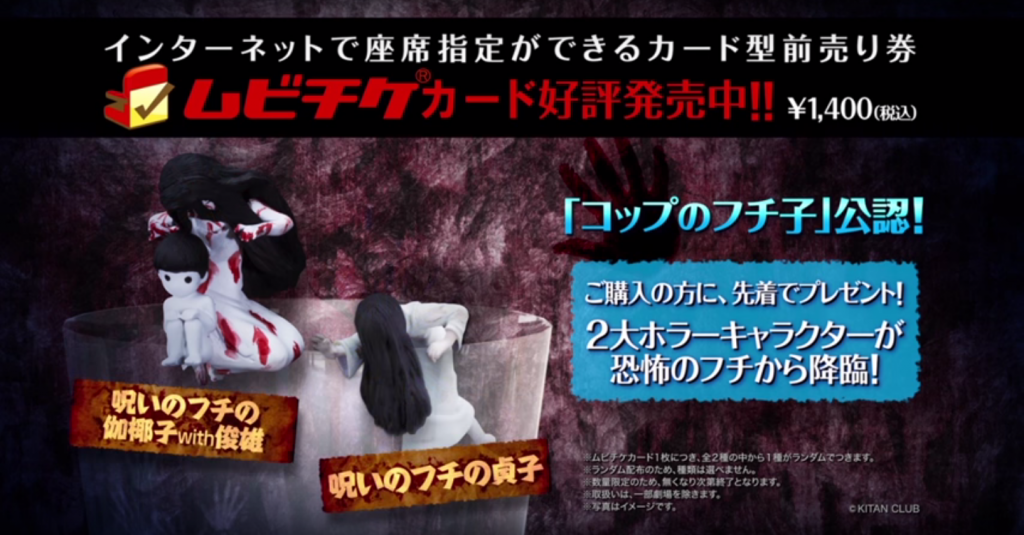