Last night, I watched the 88th Annual Academy Awards (otherwise known as “The Oscars”). That is nearly 100 years of cinematic history, and I have to post something, anything, about it (don’t I?). But I don’t know what to write.

Leo (finally) won, Stallone (sadly) lost, and Spotlight (kind of) upset. Old memes are falling. New memes are rising. And everyone is talking about diversity. But I don’t know what to write.

This is the one awards show I watch every year (sorry, Emmys. don’t care about you, Grammys. and, srsly, fuck off Golden Globes) and have watched every year for as long as I can remember. But I don’t know what to write.

I love movies. Good movies (I tell people that The Godfather: Part II is my favorite), bad movies (but we all know it’s Road House) and even god awful movies (I am literally watching Magic Mike XXL as I type this). But, everybody now, I don’t know what to write.

This all leads me to the big question – “Is there anything new to say about The Oscars?” I could tell you my opinions of the show (too long, somewhat underwhelming, Chris Rock was funny, if a bit one-note), but they’re no different than anything anyone else is probably saying. And even more so, like the show itself, they’ll be forgotten in a day or two, if that. Which leads to the bigger question – “Are the Oscars even still relevant anymore?”

And the answer is, especially with ratings at their lowest in 8 years, maybe not….? Maybe they never were? I don’t know, and I’m not sure anyone else really does either.

By all accounts, I am an old(ish) (very) white man with a bit of a cynical streak (given that, shouldn’t I be in the Academy?), but I’m also still that 11-year-old kid who gets emotionally invested in these awards. Who was sad when Stallone lost and ecstatic when Brie Larson won. Who even, maybe just a little, misses those weird dance numbers. And who is happy when people who seem to genuinely love what they do, and work hard at it, are rewarded.

I don’t have all the answers. Hell, I don’t even have all the questions. But what I do have is this place, our podcast and an opportunity for discussion.

And with that, I close out this post not sure exactly what I wrote, but at least I wrote something.

Check us out next week as Loren and I try to tackle those big (and bigger) Oscar questions.

On the episode this week, our illustrious hosts Loren and Ryan (aka RDT) discuss…

All that, plus a look at what’s going on in the Star Wars universe.

One quick note, once again, we had some audio issues (we’re still learning) and had to do some cutting. It was only about a minute and a half, but it was pretty good stuff. Do we need a Han Solo movie? Are these characters (at least some of them) more interesting the less we know about them? Why do we need to know where Boba Fett came from? We were sad to lose the content, but it sounded horrible. Regardless, we’d love you guys to weigh in on those topics too.

Also, if you could, please rate and review us, we’d really appreciate it.

This week on the podcast, Loren and Ryan (RDT) discuss…

Plus we take a deep dive into Deadpool and what its success might mean for comic book movies going forward. FYI, spoilers at 32:39 through 52:20.

Also, if you could, please rate and review us on iTunes, we’d really appreciate it.

We live in a world of the MCU (Marvel Cinematic Universe). No longer is a series of progressively shittier and shittier sequels enough (although it looks like the Terminator franchise is still trying…). As with anything in Hollywood, success breeds copycats. (“They made money doing that thing that made sense for them. So we should do that thing too!”) Warner Bros’ DCEU (DC Extended Universe), spinning out of Man of Steel, launches next month with the legal proceeding of Batman v. Superman. And Universal recently cast Tom Cruise as Van Helsing and Johnny Depp as the Invisible Man for their Monsters Universe. Trust me when I say these are all things we will be discussing in the coming weeks/months/years.

Not one to be left behind by their cinematic brethren, Star Wars’ first theatrical spinoff, Rogue One: A Star Wars Story, releases in December of this year, with the recently confirmed an as yet Untitled Han Solo, umm, solo movie coming May of 2018. While Rogue One will deal primarily with new characters, Untitled Han Solo is the Han Solo origin story we’ve always wanted (or not). Below, Loren and I take a look at the rumored casting shortlist of those young actors looking to fill the shoes of Harrison Ford.

Literally as I was drafting this post, 2 more (rumored) frontrunners seem to have emerged. (This is the internet, so take it all with a grain of salt.) They are:

Loren: The fact of the matter is I don’t want anyone to play a young Han Solo besides young Harrison Ford. We already got all we needed about his backstory from the Original Trilogy. It’s a story that doesn’t need to be told. It’s a bit of a different situation than we had with Young Indiana Jones in Last Crusade and the Chronicles where we have actually seen this character age in real time from a young man to a grizzled veteran and having someone else play him will always feel wrong. But mainly, I think that there are so many other Star Wars Stories we can be told, either using pre-existing characters (Obi-Wan, Bounty Hunters) or completely new characters (Rogue One). I mean I’ll still see it, because it’s Star Wars, but I’ll always hold to it being superfluous and unnecessary.

Can we all take a moment to bask in the awesomeness that is Deadpool?

From the “leaked” footage to the genius marketing efforts, some of which are seen below, to the hilarious social media presence. 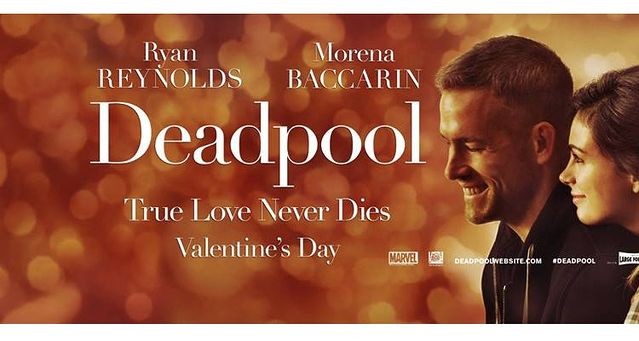 But that means nothing if the movie isn’t good. And it is, good. Really good. Really fucking dirty. REALLY fucking funny. But also really, really good.

And it seems like I’m not the only one who thinks that either.

On track to blow away all records and projections with a $100 million (or more) opening weekend gross.

Loren and I will be having a (not so) spoiler-free discussion of the flick this week (he hasn’t seen it yet) and what this could mean for R-rated super-hero movies going forward.

Hope you give us a listen.

The Hollywood Picture News begins here. Join hosts Loren and Ryan (aka RDT) as they wax poetic about all things pop culture. 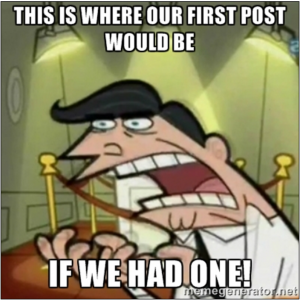 We’re working on it…