RDT: Love Key & Peele (the show, and the guys). But something just isn’t clicking with me when it comes to this. Reviews seem to agree (or not, it’s now at 74% on RT). Regardless, I’ll see it eventually.

Rick: I really want this to be good, but my gut is telling me it won’t be. I’ll probably wait for video.

Loren: If I’m not mistaken this is in the New Year’s Eve/Valentine’s Day/Labor Day Cinematic Universe.

Rick: Nope. Not even a little.

END_OF_DOCUMENT_TOKEN_TO_BE_REPLACED

This week on the podcast, Loren and I solve the problem of shitty video game movies. But first, the news! 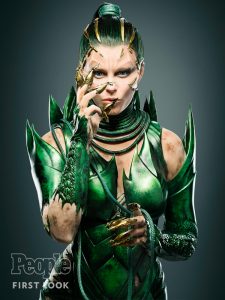 All that and the usual tangents. As always, please check us out on Facebook and, on Twitter, @HWPicNews.

First and foremost this is a MUCH better trailer. In fact, every trailer for this has been better than the last. I was having trouble getting into this flick for some reason, which is pretty weird seeing as how I have very much enjoyed the X-Men movies. You know, except for the absolutely terrible X-Men: The Last Stand and X-Men Origins: Wolverine. Those two are garbage. This trailer has gotten me back on track.

Since the dawn of civilization, he was worshipped as a god. Apocalypse, the first and most powerful mutant from Marvel’s X-Men universe, amassed the powers of many other mutants, becoming immortal and invincible. Upon awakening after thousands of years, he is disillusioned with the world as he finds it and recruits a team of powerful mutants, including a disheartened Magneto (Michael Fassbender), to cleanse mankind and create a new world order, over which he will reign. As the fate of the Earth hangs in the balance, Raven (Jennifer Lawrence) with the help of Professor X (James McAvoy) must lead a team of young X-Men to stop their greatest nemesis and save mankind from complete destruction.

The last two films have been an interesting take on the whole series, staying in the same continuity while simultaneously rebooting the franchise. It does leave a whole lot to be desired when it comes to trying to figure out the timeline. Luckily for them though, X-Men: Days of Future Past went and retconned a lot of the weirdness/bad decisions from previous installments. This does make watching the whole series of movies a lot more confusing, however.

X-Men: Apocalypse will most likely be the end of this prequel trilogy. These movies have gone through three decades, setting up the version of the X-Men we saw in the first film from 2000. This won’t be the last X-Men movie we’ll get, though. We still have the final Wolverine movie and Deadpool 2 with Cable and most likely double the X-Men we got in the first one. There’s also talk of an X-Force movie, as well as an X-Factor television series, and more than likely more traditional X-Men movies.

But for now, we should focus on this one so let’s talk about the final X-Men: Apocalypse trailer. END_OF_DOCUMENT_TOKEN_TO_BE_REPLACED

Rick: It certainly looks pretty and has lots of pretty people in it, but I just can’t bring myself to care about this.

Loren: This movie looks bananas. And peanut butter. And bacon.

RDT: Michael Shannon is playing Elvis. Michael Shannon, Zod, is Elvis. This movie could be an unmitigated disaster and I’ll still see it based solely on that casting.

Rick: *gives this movie all my monies*

END_OF_DOCUMENT_TOKEN_TO_BE_REPLACED

The Bourne movies are a strange thing. I really liked the first one, but the sequels left something to be desired. Both Ultimatum and Supremacy had really cool action sequences and helped open up the mythos but lacked a little in the story elements. That’s kinda ok though. I mean, I actually dig the idea of a rogue super-agent trying to just be left alone and being pulled back in to stop his former employers.

Legacy is a whole other story (literally). It falls into that thing I like of world building, but overall is kinda mediocre. I will say this, Legacy is 100% head-canon the solo Hawkeye movie we’ll never get. Think about it. Or don’t, your life.

This trailer sort of gives us more of what we have come to expect from Bourne movies, but again that’s not necessarily a bad thing. So let’s talk about the new Jason Bourne trailer.

And that’s it. To be honest this looks like a perfectly serviceable continuation of the story they’ve told us so far. I’m sure I’ll see this, probably in the theater… like a matinee.

Whoa. I’ve never gone on record, or off record for that matter, as a fan of Westerns. I haven’t seen too many, and they don’t usually pull me in. I think my favorite may have been a video game (thanks Red Dead Redemption) but that just took a bunch of tropes and homages from all types of Westerns, Spaghetti or otherwise. This looks like a hell of a lot of fun though. It’s got a great cast, a competent director (Antoine Fuqua), and is based on a damn good couple of movies.

Remakes get a lot of ire, most of which is deserved, but every once in awhile we get something great. For every Psycho (1998) there’s The Thing (1982), every Rollerball (2002) has Invasion of the Body Snatchers (1978). This looks to lean much more into the category of the good over the bad. The remake here is of the original 1960 film of the same name, which in turn was a retelling of Akira Kurosawa’s The Seven Samurai.

So let’s not waste anymore time and get right into it. Here’s the breakdown of the first teaser trailer of The Magnificent Seven.

All jokes aside this is a really cool looking and fun trailer. I’m actually pretty optimistic about this movie. As for now, count me in.

It’s another big one this week. Lots of trailers. Some news bits coming out of CinemaCon. Also, what is CinemaCon? But first, all the news!!!

Also, as mentioned on the show, here’s the link to Alamo Drafthouse founder/CEO Tim League’s response to the big AMC/texting hubbub.

All that and the usual tangents. As always, at facebook.com/hollywoodpicturenews and, on Twitter, @HWPicNews.

Loren: Disney still does that great job of building a sense of wonder. I loved the animated one as a child, and the people behind this are all pretty great. Not sure I’ll catch it in the theater but it might be worth it.

RDT: This wasn’t on my radar until the reviews started coming in. I’m still a maybe though, at least on the big screen, because of all the upcoming stuff.

Rick: I’m not super into this, but it might be worth seeing in theaters just to enjoy the scale of it all.

Barbershop: The Next Cut

Loren: I won’t lie to you guys, I didn’t even watch this trailer. Next.

RDT: I remember enjoying the first one. Don’t remember the second one at all. I won’t rush out to theaters for it, but I’m sure I’ll see it eventually.

Rick: I never bothered to see the first two, why break my streak?

END_OF_DOCUMENT_TOKEN_TO_BE_REPLACED 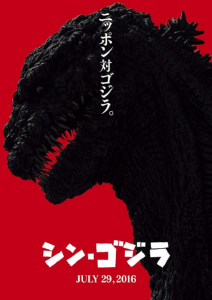 Right off the bat, I need to get this out of the way: I don’t know TOO much about Doctor Strange, other than he’s awesome facial hair buddies with Tony Stark. So I’m sure there is plenty in this trailer that I missed or misconstrued. I will say, however, that it’s a pretty cool look into yet another facet of the MCU and I’m looking forward to seeing how this style of magic will play out and differ from Asgardian magic/science.

There isn’t much to say beyond that, so let’s get right into the breakdown of Marvel’s Doctor Strange teaser trailer:

And that’s it, an interesting trailer that does its job. It gives you the story beats you need (though I’m not sure if you’re unfamiliar with the character that you’d get them all) but leaves enough out to be intriguing. All in all, I have a pretty good feeling about this one.