The boys are back, after a little break to nerd out and travel. Here to tackle all the pop culture news. 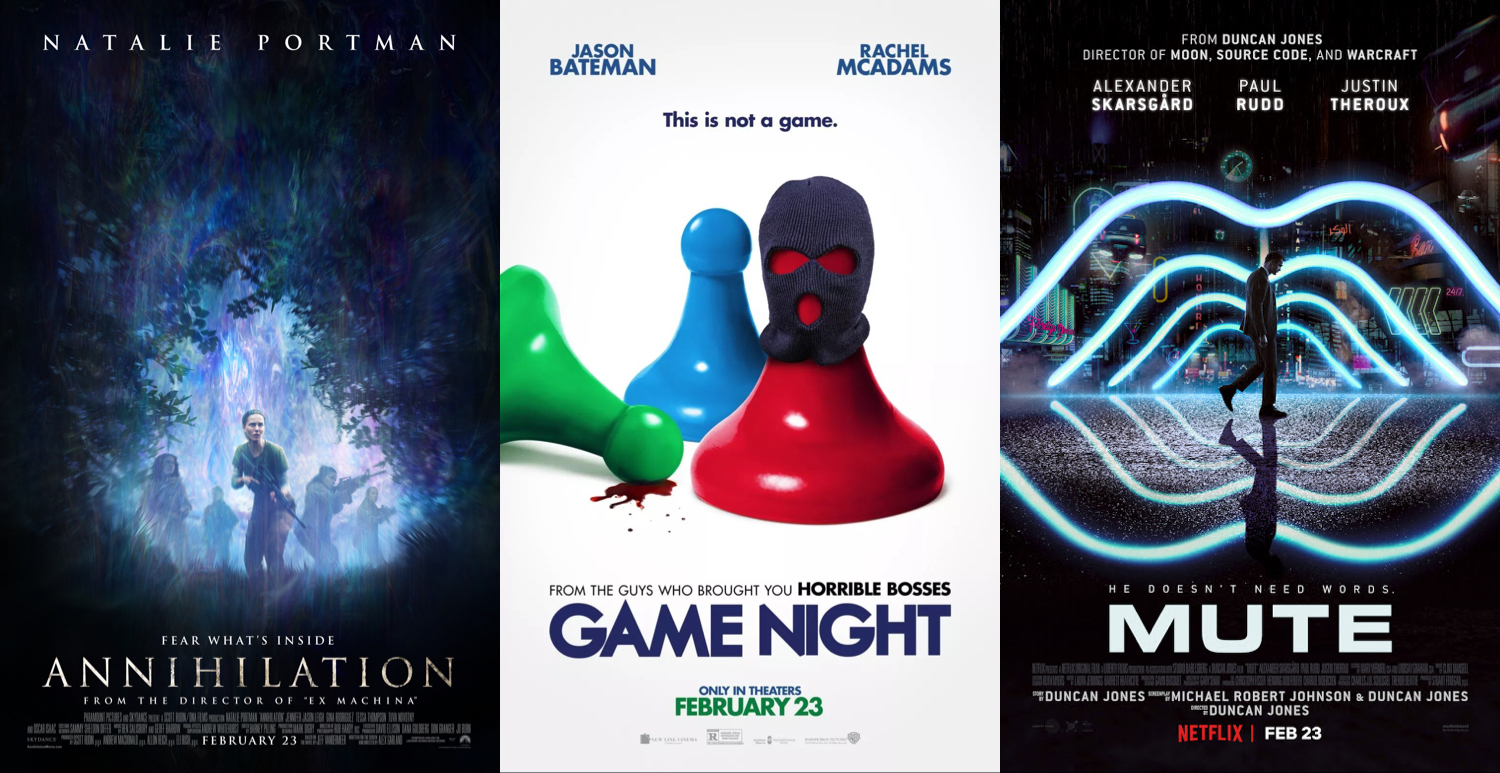 END_OF_DOCUMENT_TOKEN_TO_BE_REPLACED

This week the guys are out of town so our own Coy and Vance (HPN Staffers Jen and Rick) step in for a show all their own. They still have you covered on all the pop culture and a very special surprise at the end.  They’ve got stories like:

All that, their Weekly Watched, the usual tangents, and don’t forget about that special surprise!

Loren: So, I love Wallace and Gromit but this looks a little off. I won’t see it in the theater but I’ll probably check it out eventually.

RDT: Interesting counter-programming to Black Panther. I doubt I’ll see it in theaters, but maybe streaming?

Rick: I enjoy everything Aardman has done. I’ll definitely check this out, but likely from my couch.

Jen: My dislike of animation does not extend to claymation. I’ll give it a watch.

Rick: You had me at Francois Ozon.

Jen: Not Natalie Portman? This actually looks like a sexy, weird, fun ride. I would check this out.

Loren: Eesh. First off, no. Secondly, that’s a terrible trailer. It simultaneously gives everything away and says nothing. That last needle drop is way too overpowering. You can’t make out what anyone is saying for the last 20 seconds of the trailer because you wanted the “coming straight outta Brooklyn” sound bite. Just awful.

RDT: No thanks. You can keep Brooklyn.

RDT: Why are all indie movies starting to look the same? Or have they always looked the same? Also, all these people look like assholes. Whatever.

Rick: Guess I’m the outlier on this one. I’ll keep it on my radar.

END_OF_DOCUMENT_TOKEN_TO_BE_REPLACED

The boys are back to fill you in on all the pop culture news. 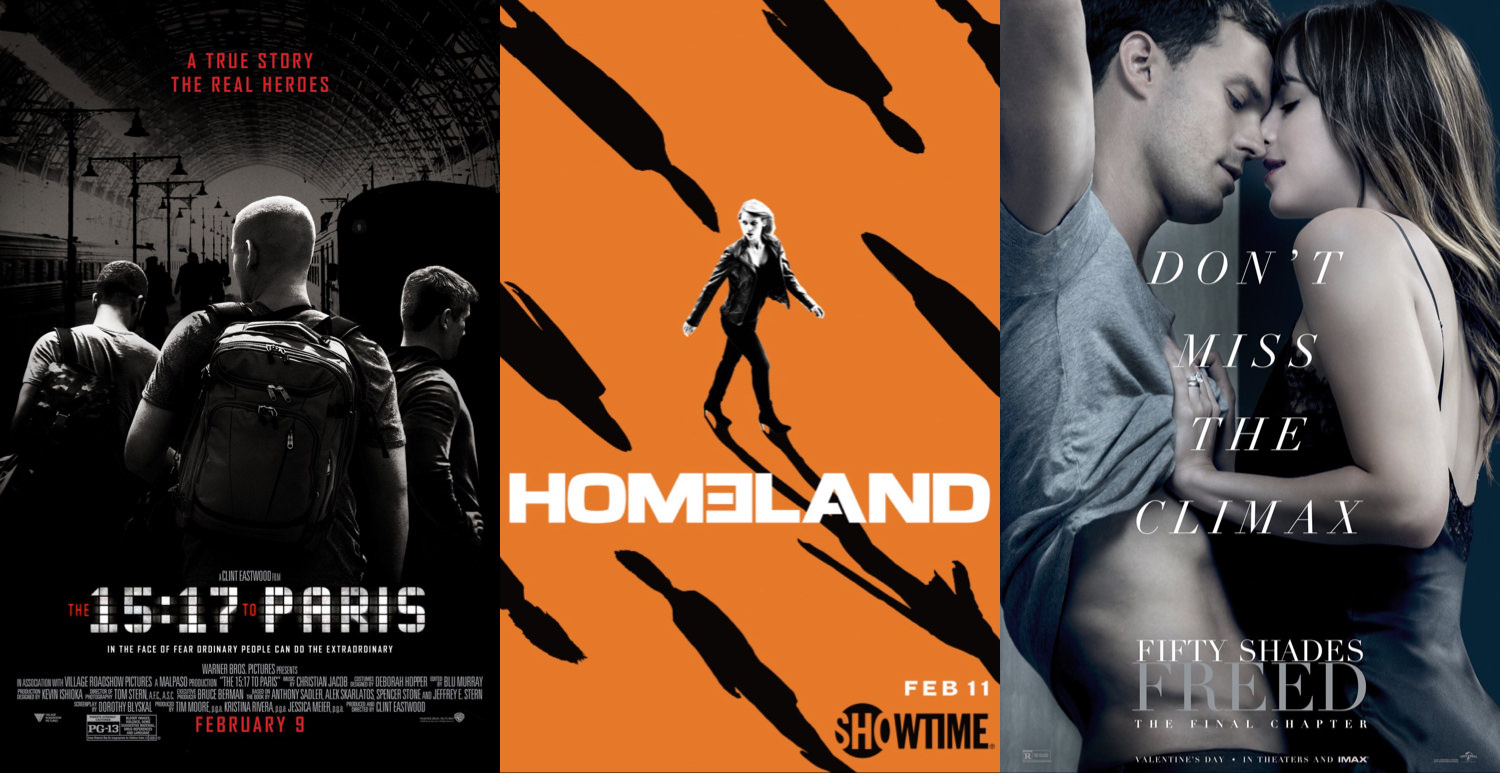 END_OF_DOCUMENT_TOKEN_TO_BE_REPLACED

So it finally happened. After a much beleaguered production and a fast approaching release date, we got our first look at the latest Star Wars one off movie, Solo: A Star Wars Story; Telling an early adventure of Han Solo. First and foremost I want to say that it looks good. As in I think the production value is not something we’re going to have to worry about. I am a tad concerned with Alden Ehrenreich‘s portrayal of our titular protagonist. I really hope that A) the rumors of his acting being lacking are not true and B) that he’s not just doing a (bad) Harrison Ford impression.

I’ve long said that this is not necessarily a movie I want or the public even needs, but if they are going to make it, I just want it to be good. There has been a lot of controversy around this movie as the original directors (Lord and Miller) were fired after the majority of shooting had been completed. Disney/Lucasfilm then brought in Ron Howard to right the ship. However, he had to reshoot an enormous portion of the movie. Leaving people worried that this will feel like some cobbled together mess much like Justice League (and parts of Rogue One, if I’m being honest). I’m holding out hope though.

I’m one of the people that has bought in to Disney’s vision of Star Wars, putting the new movies (Episodes 7 and 8 plus Rogue One) right behind the originals in my own rankings. And what might also be interesting is this could be the first full fledged Star Wars movie that does not have a single Skywalker anywhere to be seen. Although saying that means I’ve cursed myself and there’s going to be some sort of Darth Vader cameo, or a pre-teen Luke in the background. But enough about all that. Let’s (Finally) Talk About The First Solo: A Star Wars Story Trailer!: END_OF_DOCUMENT_TOKEN_TO_BE_REPLACED

The guys are back to business for Episode #105. They’ve got you covered on the week’s pop-culture news. They’re talking stories like:

All that, the Weekly Watched, and the usual tangents.

Here’s a collection of most of the Trailers and TV Spots from the Big Game last night. Expect a full Solo Breakdown in the next few days.

END_OF_DOCUMENT_TOKEN_TO_BE_REPLACED

Loren: First and foremost, enough with the god damn trailers for trailers. It’s infuriating. Secondly, yes please. I’ve heard the “real” side of this story before but this looks like a fun and creepy twist on that. In.

RDT: This looks pretty good. And I have no doubt I will likely only ever see it from Rick’s kitchen.

Loren: They’re really trying hard to make Karl Droggo an action star, aren’t they. This looks perfectly cromulent (thanks for pointing that out, Rick!).

RDT: Well that sure does look like a movie.

Rick: Braven? Is that even a word? Is that like embiggen? I have doubts about its cromulence.

Loren: Woof. The only positive thing I can say about this disaster of a mockumentary is at least they added the displaced from time aspect to change it up. Still, this looks fucking awful.

Rick: I’m sorry I put this on the list. I owe you all a beer. (I don’t drink beer. Can I get chocolate milk instead? –RDT)

Jen: Oh Richard Lewis, remember when you were on Anything But Love? Those were the days.