It’s me, RDT! I want to welcome you to our newest column, Do That, Hollywood! Every week or two(ish), I’ll take a look at something I think “Hollywood” fucked up and suggest how I would fix it. Consider it part op-ed, part casting exercise, and part Monday morning quarterbacking (that’s a thing, right? Sports!) for the entertainment industry. This week, we kick off with the cinematic X-universe.

Coming out of an underperforming X-Men: Apocalypse, an over-performing Deadpool, a soon-to-be-no-longer-performing Hugh Jackman and a never-really-performing (sorry, Taylor Kitsch) Gambit, the X-Men films are in a bit of a disarray. Deadpool 2: Deadpooler is a guarantee but, beyond that, nothing else has been officially confirmed. Maybe, probably, New Mutants eventually. But, as far as I can tell, this wouldn’t negate that.

In the last couple weeks, rumors have surfaced that Fox, rights owners to this cinematic universe, are mulling some kind of reboot. If they can get Jennifer Lawrence, Nicholas Hoult, Michael Fassbender and James McAvoy to come back (their contracts are up), it’ll be a “soft reboot.” Not sure what that means considering those four people have been in the last three movies, but whatever.

What I’m suggesting, though, is a hard reboot. Let the four of them go (after Apocalypse it’s pretty obvious JLaw is uninterested) and start over from scratch, or nearly from scratch anyway. Take what’s working (Deadpool, mutants as civil rights allegory, and smaller, more personal stories) and throw out everything else that has been done to death (fucked up timeline, Xavier/Magneto friendship & Wolverine, at least to start, and a “have to save the world” final act).

This brings us to my pitch for Astonishing X-Men (just pulling an “Age of Ultron” and stealing the title. It won’t connect to any specific Astonishing X-Men storyline), the first film in a modern-day reboot of the X-Men franchise (tangentially connecting to Deadpool).

Deadpool 2: Judgment Dead is the perfect opportunity to introduce a new Professor Xavier and get us out of this currently jacked up timeline. Other than the meta-references, the argument can be made that Deadpool could be separate from the other X-movies. At least, if it’s not, with my simple retcon, it will be.

Similar to the first movie, Deadpool swings by the X-mansion looking for Collossus but this time the (new) professor is there. Much like the McAvoy or Stewart line, all it takes is Deadpool reacting to this new guy with a “Wait…a third one?!?!?! What the fuck!?!?” and boom! New Prof X.! As for what happens in Deadpool 2: The Wrath of Pool? Who knows? Doesn’t matter. Somebody else is taking care of that. Cable’s gonna be in it! Move along.

So before we dive into plot, let’s talk casting (the best part!).

My bad guy? The Shadow King. A little known, to me at least, X-Men villain on par with Prof. X. His psychic abilities are such that he no longer has a physical body. He moves from host to host; using their powers, making their lives his own. It reminds me of the movie Fallen, with Denzel Washington. Not knowing what the villain looks like or who he or she could be, or having a villain bounce between various bodies during a battle, sounds pretty badass to me!

I feel like we still need a face (or faces) to root against though. So, I’d cast 3 main actors (Ron Cephas Jones, Kumail Nanjiani, and Abby Ryder Fortson) to act as primary rotating hosts.

The Shadow King is not infallible. He has all the strengths and weaknesses of the host body. If they die, he dies too. As such, he uses four mutant bodyguards for protection (and as an occasional host, too). Juggernaut (John Cena) is the muscle, recruited specifically because of his connection to Charles (they’re step brothers in the comics). Lady Deathstrike (Tamiko Brownlee) is the assassin for hire. Unus (Corbin Bleu) generates forcefields for protection. And Leech (Rico Rodriguez) can take away other mutants’ powers.

In his search for a better, stronger host, The Shadow King and Charles Xavier have crossed paths once before. It was an epic, psychic battle left in a near stalemate. Charles survived, but crawled away a broken, marked man. Cerebro can’t track him, because he is pure psychic energy with no genetic code to focus on. And Charles lives in fear, showing signs of paranoia and agoraphobia, dreading the day The Shadow King comes for him again.

So he opened “The Xavier School for Gifted Youngsters,” on the grounds of his family estate. Attended by some of the most powerful, and impressionable, young mutants in the world, it’s only place Charles feels  safe.

In the years since his defeat, The Shadow King has been hunting mutants, looking for one powerful enough to defeat Charles. And he thinks he’s found her in Jean Grey, student at the school.

But could the Professor know this? Has he used Jean as bait to draw out The Shadow King once and for all? (Spoiler alert: Yes, yes he has.)

We have a couple subplots, too. Warren Worthington developing his wings, coming out as a mutant to his father, getting kicked out and moving to the school. Leech realizing The Shadow King has been using him and switching sides. And, of course, the start of a relationship between Scott and Jean (no triangle yet).

The final showdown takes place on school grounds (but it’s not destroyed – been there, done that). The Shadow King gets control over Jean and is battling with Charles, while his X-Men take on the bodyguards.

During the fight, Warren convinces Leech to turn against The Shadow King. If Leech wants it, he has a place to call home with people that accept him for who he is.

Jean is struggling with The Shadow King for control. She tells Charles to sacrifice her and save everyone else, including himself. He won’t. A blast comes out of nowhere. Scott takes Jean out (just in the shoulder). Charles clears the area of everyone (making it impossible for Shadow King can’t jump bodies again), except Unus. Juggernaut and Deathstrike make a run for it.

Nowhere else to go, The Shadow King take over Unus’s body and throws up a forcefield. He’s mocking Charles and his “plan.”  Then Leech steps out of the background. Jean stands up. The Shadow King’s forcefield fades. Jean, whose eyes glow fiery red, and the Professor team up to eradicate him once and for all. Two of the most powerful psychics against one, The Shadow King doesn’t stand a chance and literally dissipates into thin air.

Scott and Jean kiss, though she is upset that he shot her. Leech is welcomed by the other students. And Unus has no idea what’s going on, his mind having been wiped as a side effect of the psychic battle.

Charles thanks his team of “X-Men” and heads back into the mansion, knowing smile on his face. Cut to credits.

Post-credits: Charles sits at his desk, head in a book. Jubilee runs in to tell him he has a guest. He tells her to show him in, already knowing who it is. Off screen we hear “Charles…” The Professor looks up, replies in turn “Hello, Erik,” as we cut to Magneto standing in the doorway. Cut to black.

This final bit of casting might be controversial, but I would go with David Oyelowo as Magneto. 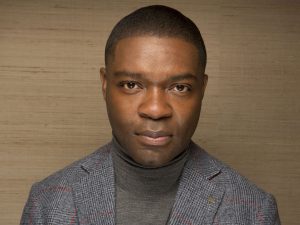 This is not a period film, and a complete reboot. As a contemporary of Charles, we have to go younger. And I would make him a survivor of the Rwandan genocide rather than the Holocaust. Plus he’s our villain for Part 2, but that’s for another time.

There you have it. My pitch for fixing the cinematic X-universe. So….do that, Hollywood!

What do you guys think? What did you like? Hate? How would you do it? Oh, and what should I “fix” next?

2 thoughts on “Do That, Hollywood! – Fixing The X-Men”