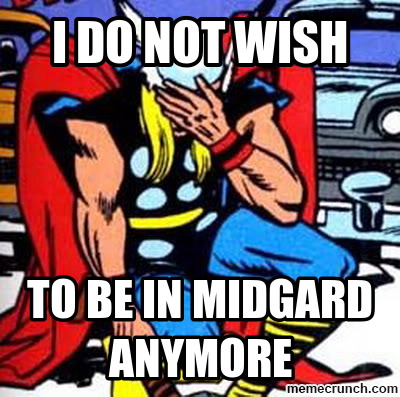 AJ: I think the premise is funny. And that is all I’ll say because I was taught to respect my elders.

Rick: Movies that are trying too hard. Next.

Jen: How can a movie about serial killers, drugs, sex, and partying bore me so much?

AJ: Well first of all, that trailer is way too long. And second, this is not for me.

Loren: Holy fuck. That looks worse than any of the ones that have come before it.

Rick: Man, it’s really nothing but dreck this week, huh?

Jen: Wow, that was… hard to sit through. I’m going to cleanse my palate by watching Monty Python and The Holy Grail ASAP.

Loren: I still haven’t seen the original but it looks zany enough to keep my attention, like a more straightforward (somehow) Kung Fury.

Rick: The original Iron Sky was…fine. It certainly didn’t warrant any sequels, yet here were are with the third entry. No thanks.

Jen: It looks like they spent a lot of money to make this look like they didn’t spend that much money.

AJ: Iron Sky was an intentionally funny B-movie that came out in 2012. (No, I did not see it.) I guess it built enough of a following to crowdfund this sequel…. This horrible looking sequel.

Loren: I really wanted to be into that but it was boring as hell.

Rick: I’m the audience for these kind of revenge-thrillers, but this trailer is so slow and obtuse about any of the story/character motivations that I honestly don’t give a damn about it.

Jen: I guess there continues to be an audience for this sort of gritty-white-male-revenge thing – they certainly make enough of them. Pass.

AJ: I think Frank Grillo is great but we already have Jon Bernthal so he’s stuck making movies like this. 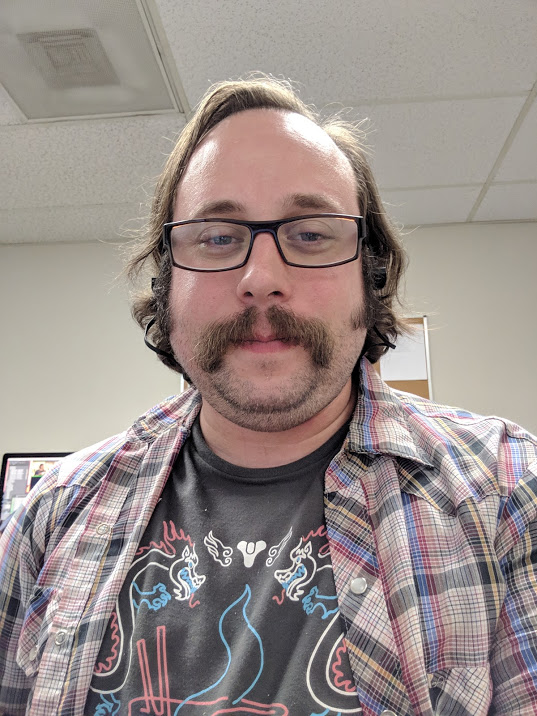 Rick: Crosby’s life has been a bit of a roller coaster, but if I want to do the deep dive I’d rather read up on it than watch this doc.

Jen: I’m interested in this if it’s not too reverential, which the trailer sort of makes it out to be. But, I’m definitely curious.

AJ: I hope this ends up on Netflix someday because I’d like to see it but I probably won’t get to it in theaters.

Bottom of the 9th

Rick: This feels like a movie that Touchstone should have released back in like 1996. Probably starring Dennis Quaid and Michelle Pfeiffer. Though, I think even then I wouldn’t have watched it.

Jen: This has nothing to do with the movie really, but let’s just enjoy this gif, shall we?:

AJ: (Thank you, Jen. I enjoyed that gif.) ANYWAY, this would have been served up better as a grittier indie OR as a “made by Disney” commercial film. It looks too in between as it is. Also, did you catch the “From A Producer” bit? That cracked me up. This film has 11 Executive Producers, two Co-executive Producers, five Producers, three Associate Producers and a Line Producer. But milk that one guy, why don’t you.

Loren: Look I like weird stuff, but it also has to be good. Is this that? Jury’s out.

Rick: I wish this wasn’t a faux documentary. I would have watched ten half hours of the fake Dark Shadows show they came up with. Just make it in the vein of Garth Marenghi’s Dark Place. I’d have watched the hell out of it.

Jen: Props to David Harbour for trying something outside the box. That’s all I got.

AJ: We’ll always have “Stranger Things,” David Harbour. (And maybe that’s why Netflix took this on.)

Loren: The receptionist at my office was watching this today. I thought it was a Lifetime movie. So there’s that.

Rick: Jesus, Netflix. If you keep making crap like this you’re not going to win back all those subscribers you’ve lost recently.

Jen: Netflix is coming for you, Lifetime.

AJ: I’m not thrilled about the 80s romance novel-esque title of the film and Rick would know better than I, but I feel like in the horror genre, we’ve seen this before? But it still looks like something I might find myself putting on, on a Sunday afternoon to keep me company while I get some work done from my couch.

Loren: I enjoy this show.

Jen: Yep, I’m onboard for more of this.

AJ: I really enjoy this show. It’s low-impact, low-maintenance and he gets amazing guests. EDDIE MURPHY, guys. I mean, he never does press. I’m here for all of it. I’ll even tolerate Seth Rogen’s laugh.

Loren: I still don’t love true crime (unless it’s in parody form like American Vandal) I appreciate the different setting for this but still…

Rick: I do like that they’re shaping it around the class divide in India. How well its pulled off remains to be seen, but I like the angle they’re taking.

Jen: I wish I wasn’t morbidly interested in true crime stories, but, what are you gonna do – watch this, I guess.

All or Nothing: The Carolina Panthers

Loren: I’m a fan of football but I don’t need to watch this and I certainly don’t care about the Panthers… now if it was about Bortles and the Jags, that’s another story.

Rick: I enjoy football, but I have zero interest in this series. I don’t care that much about the player’s personal lives.

Jen: Cam Newton is an interesting personality, but my cares about the NFL have waned significantly the last few seasons. I have no need to watch this.

AJ: Yay…. football! I guess? Eh. I don’t know enough about the football to know why this is important to watch.

Loren: Neat. I might need to find someone with a Starz login so I can at least check the first one out.

Rick: So, it’s a smarter, more grounded version of Agents of SHIELD? I’m not going to get Starz just to watch it, but color me intrigued.

Jen: This has a real “Orphan Black” feel about it. That could be good or bad, not sure yet, but it being on STARZ means I’ll need to hear some good buzz to seek it out.

AJ: So it’s an X-Men origins story? Also, was that an ethereal remake of Bob Marley and the Wailers song I hear in that trailer? Yikes.