Welcome to the Weekend Watch, where we try to point you toward the best ways to spend your viewing time (or, at least, steer you clear of the garbage). In light of the global health crisis and the consequential movie theater closures, this week we wanted to each recommend some quality streaming content you might enjoy.

Before we get started, the HPN Staff wanted to point out that Netflix has done a fantastic job of curating some of their content into a Black Lives Matter section. Here you’ll find a litany of titles created by and starring persons of color. We think it’s an excellent start and way to remind everyone that black lives matter. To find that list click the following link here.

Last Week Tonight has been must see viewing for us for years now but no episode has felt more important than this one. The entire episode is devoted to explaining the “Defund The Police” movement and it’s ties to the recent protests and Black Lives Matter. It’s well spoken, heartfelt, and visceral. Watch to the very end to see something that left me physically shook.

In a similar vein as Last Week Tonight is another former Daily Show correspondents weekly news show. Hassan Minaj does kind of a slick powerpoint presentation every week about news stories that don’t get as much play in the national scene. It’s definitely infotainment. I really appreciate seeing these stories from the perspective of the child of immigrants. The episode above is actually a web exclusive about systemic racism and the murder of George Floyd. It’s a powerful one two punch with that Last Week Tonight episode.

To lighten up the fare we once again go to the Whitsett Theater Online for some of Rick’s amazing curation. For the comedies over the last two weeks we got one of the all time greats and a sleeper hit that was more fun than I remembered. These have really helped remind me to take the time that we have here when there isn’t too much programing on TV or streaming and watch some of these classics. Something to be said for getting back to our comedy roots.

In my web corner I’m going with the fellas over at Corridor Digital. Specifically their reaction videos. Rick brought these to my attention a few months ago and I’ve slowly been cycling through the content. I really dig that these guys are VFX people and really show their knowledge. They also get some really interesting stunt performers in to give you a sneak peek into that world. Highly recommend.

For my video game suggestion I have to go with one of the best single player games of any genre I’ve played in a long time. Jedi Fallen Order follows Cal Kestis, a former padawan that has escaped from Order 66 and is living his life in secret. Unfortunately he is forced to use his powers to save a friend and that puts him square in the sites of the Star Wars Universe’s most bad ass villains, The Inquisitors. Force users that track down Jedi after Order 66 and kill them at the behest of Darth Vader. On top of a fantastic story, the game play is phenomenal. Respawn (Titanfall) really get movement. If that’s not enough to sway you, some free DLC has just dropped for the game adding some new cosmetics and a type of horde mode. If you are a Star Wars fan that likes the video games I’d say this is a must play.

My girlfriend (aka “The Professor,” if you’re a regular listener to the podcast) and I kind of inadvertently fell into a bit of an MCU rewatch, covering ¾ of the Avengers flicks (sorry, Ultron). And, I gotta say, they really hold up. The nerd in me caught some continuity issues, especially between OG Avengers and Endgame, given the BTTF2 of it all. But still, we were highly entertained and I would definitely recommend a rewatch. OG and Endgame are currently on the D+, with Infinity War hitting later in June (due to some pre-D+ contracts).

If you’re a child of the 90’s like me, you may remember You Don’t Know Jack. Created by the same company, with a similar sense of humor, Jackbox games can be tough to describe. Interactive is a good start. Fun is an understatement. “A great way to kill time with friends whether quarantined or not” is definitely accurate.  There are 6 party packs with ~4 games each. If you don’t want to drop the $25 per party pack, start with Quiplash for $10 to get your feet wet.

It started as an independent film, starring Tessa Thompson (no relation) that Netflix picked up to series. However, the movie is actually not on Netflix. Weird. Also, cards on the table, I’ve never seen it, the movie or the series. More cards on the table, the creator, Justin Simien, is a former coworker of mine, and a pretty awesome guy (he gives great dating advice). So, even though I haven’t seen it and I’m obviously biased, it feels more relevant now than ever. And I’m very quickly moving it up my list. Not because I feel the need to, but because it shouldn’t have taken what’s going on for me to get off my ass and watch it. I think the movie is pretty cheap to rent/buy, too.

I’ll admit I’m still only on season 1 and I know there’s a creative dip later in the series, but man that first season is gold. The chemistry of the leads (even Chevy Chase!) is strong. The running gags had not yet gotten played out. The writing is sharp and the general idea of people of differing ages/races/backgrounds coming together for education, no less, is still inspiring. I think my favorite part of this re-watch is seeing a young Donald Glover (Pre-Atlanta and pre- Childish Gambino) and a young Allison Brie (pre-GLOW) just coming into their own as talented artists.

OJ: Made in America

I love a good documentary and when I initially started this mini-series I think I thought of it as a simple true crime doc, like so many before it. There is so much more to this story. It spans the history of civil rights, police brutality, the Black experience in LA in the 1980s-90s, the LA riots, and how ALL of that played into the story of OJ Simpson. It’s amazingly well done and gives such a holistic portrait of race in America at that time. It will leave you conflicted, uncomfortable, and more educated than when you started it.

I happen to have been in the live audience for this taping at the Ace Theater, so I’m obviously biased, but this is fantastic. Hannah Gadsby is brilliant and her stand up takes aim at the patriarchy, the haters, anti-vaxxers, and Americans in general. She sets up the show with an elaborate description of what you’re about to see and then hits every beat as promised. Her discussion of autism is top notch and I honestly learned some art history while laughing till tears streamed down my face.

What can you say about Michelle Obama? She is an amazing, inspiring, kind, brilliant woman. She never lets herself be defined by her past, her husband, or anything else. This doc doesn break any new ground that the book didn’t, but that doesn’t make it any less empowering. I came out of this feeling better about myself and more hopeful for the world. 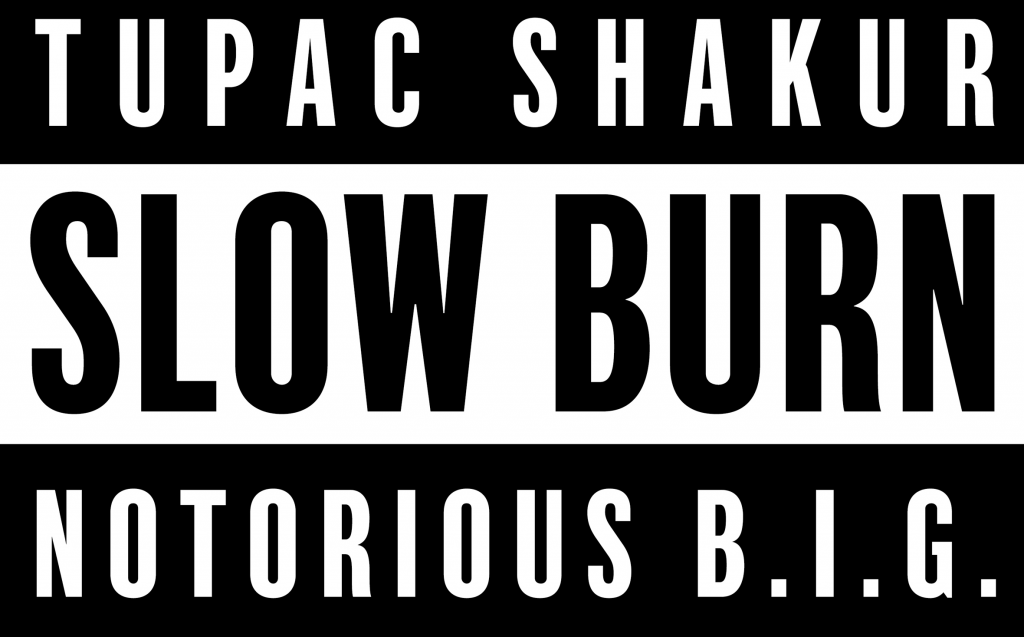 So this is more of a “listen” than a watch, I get that. I just raced through the first three episodes of Season 3, about Biggie and Tupac – an excellent history of hip hop in general and the friendship/falling out/fued of these two artists in particular. If you haven’t listened to Season 1 (about Watergate) and season 2 (about the Clinton Impeachment) definitely check those out as well.  All three are meticulously researched and filled with little-known information and details you may have missed in those major historical events.  Available on whatever platform you use to listen to “The Hollywood Picture News.”

I was surprised when this film, though critically acclaimed, came and went pretty quickly through theaters. Of course, I didn’t see it myself but I have now – it was made available for free on numerous streaming platforms. It is a powerful film. Just Mercy is a true story; it follows young lawyer Bryan Stevenson (Michael B. Jordan) who, after graduating from Harvard, had his pick of lucrative jobs. Instead, he headed to Alabama to defend prisoners wrongly condemned or who were not afforded proper representation. One of his first, and most incendiary, cases is that of Walter McMillian (Jamie Foxx), who, in 1987, was sentenced to die for the murder of an 18-year-old white girl, despite a preponderance of evidence proving his innocence and the fact that the only testimony against him came from a criminal with a motive to lie. Wanna get real mad? McMillian was committed to a cell on Death Row when he was arrested — before his trial even began. I did some checking — this film is, for the most part, very accurate to the real life story. Remember that when you watch.

I was about 13 in April 1992 and I remember it fairly well — Los Angeles imploded when four police officers were acquitted in the beating of Rodney King. The beating was caught on camera and the verdict seemed “easy” but it was absolutely not so. Even in my bubble of a suburb, fights broke out at my Middle School and this was even the first time I experienced prejudice as a Jewish person. And while the ‘92 riots are the focus of this doc, it actually examines how decades of racial tensions, injustice and a troubled relationship between the LAPD and the Black community led to the uprising. It’s been made free by Showtime to watch right now on YouTube.

There are surely a ton more Black creators I could list here but these three have stood out to me in recent times. Twitch is usually a dancer but he and his wife, who is white, have posted some impressive content lately. EC’s no-nonsense truth-telling is something everyone could us a dose of. And Kenya, similarly, tells things like it is and also founded the “Check Your Privilege Challenge” (which you can see Twitch and his wife execute in the clip above). It’s taken me out of my comfort zone numerous times and I never thought I’d be getting an education on TikTok.

If I may be a bit corny, “what the world needs now, is love, sweet love….” Not to mention enlightenment and empathy. I’m so glad we got new QE episodes on Netflix now. The Fab Five are in their classic form, in Philadelphia for this Season, making those over, inside and out, who really need it, with their usual enthusiasm and warmth, catch phrases and eleganza. Every episode I’ve watched so far has made me feel good and a bit hopeful — it’s like therapy.

WOW. I must confess I did not know everything that went into the Roe v. Wade case and all the chaos that followed. I can’t even say I knew that “Jane Roe” was really Norma McCorvey and what her story was but it turns out, she is as controversial as her case was. She participated in this doc during what would be the final year of her life, revealing shocking truths behind her journey from pro-choice to pro-life to a few more flip flops. Was she being used or was it the other way around? How strongly can we take her at her words? I’m still not sure. Some of the supporting “characters” they interview are rather frightening and often surprising as well. You can catch this one on FX or Hulu.